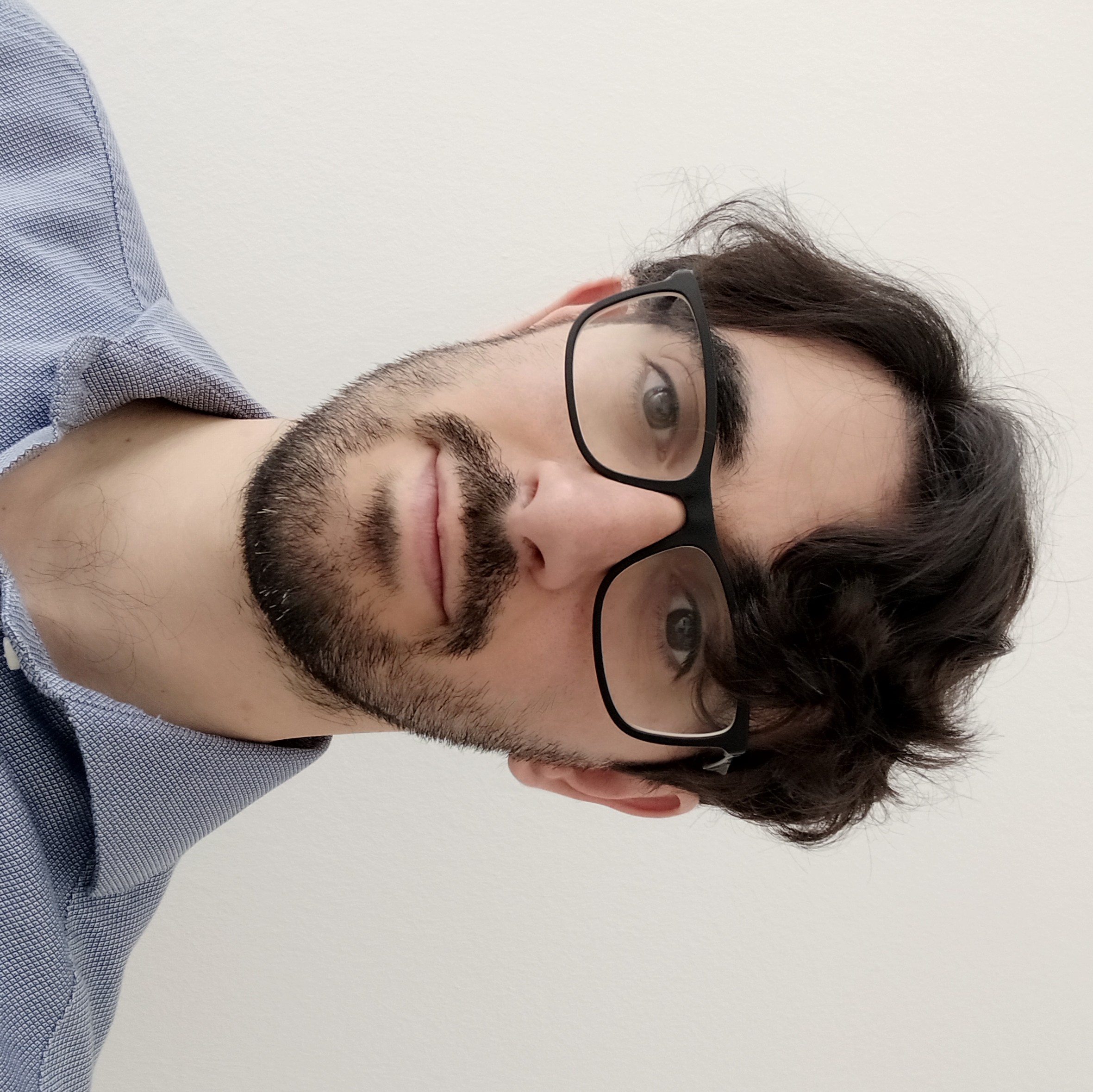 Luca Arceci was born in 1989 and grew up in Pesaro. At the University of Bologna, he first studied electronic engineering (bachelor) and then moved to physics (bachelor and master degrees). He took his PhD at SISSA in Trieste in 2019, working with Prof. Santoro in the field of driven-dissipative quantum systems. He then moved to Padova as a postdoc in Prof. Montangero's group, to apply tensor network techniques to open quantum systems. Francesco Basso Basset was born in Bergamo, Italy, in 1989. He received the B.S. and M.S. degrees in physics from the University of Milan, Milan, Italy, in 2014 and the Ph.D. degree in materials science and nanotechnology in 2018 from the University of Milano-Bicocca, Milan, Italy, where he worked in the Laboratory of Semiconductor Spectroscopy in active collaboration with the interuniversity center L-NESS and the Johannes Kepler University, Linz, Austria. He is currently a Postdoctoral Researcher with Sapienza University of Rome, Rome, Italy. His research interests include optical spectroscopy, semiconductor nanotechnology, and quantum optics. Laura Bellentani is a postdoc researcher at Istituto Nanoscienze del Consiglio nazionale delle Ricerche (CNR-Nano) currently involved in the EU IQubits project. She received her Bachelor and Master degree in Physics at the University of Modena and Reggio Emilia (UNIMORE) in 2014 and 2016 respectively. She graduated from the Physics and Nanoscience School in UNIMORE in 2020 with the doctoral thesis entitled “Numerical modeling of one- and two-carrier dynamics in Hall edge states and a proposal for flying-qubit quantum gates”. During the PhD, she studied electron interferometry in edge channels for quantum computing applications and developed a time-dependent solver for their numerical modelling in an HPC framework. Within IQubits, she is collaborating to the theoretical and computational characterization of hole spin qubits integrated in commercial silicon semiconductor technology, for the implementation of the future emerging quantum computing hardware.

I completed my Master Degree in Theoretical Physics in October 2019 at the University of Pisa and started in November 2019 my PhD in Nanoscience at the Scuola Normale Superiore in Pisa.

Giovanni Chesi is a physicist. He got a Ph.D. in Physics in 2020 at Università degli Studi of Insubria, in Como. His research activity is recently focused on Quantum Optics and Quantum Information, but he is also interested in the foundations of Quantum Mechanics and in Quantum Field Theories. In particular, he has worked on Quantum Communication, on a quantum description of the second-harmonic generation process and on the characterization of photon-number resolving detectors for Quantum Optics experiments. Till now he has 6 publications on peer-reviewed international journals and 4 conference proceedings. He had the opportunity to present his research in several conferences and workshops. He is one of the organizers of the ScienzaNuova project, which promotes a dialogue between science and philosophy. 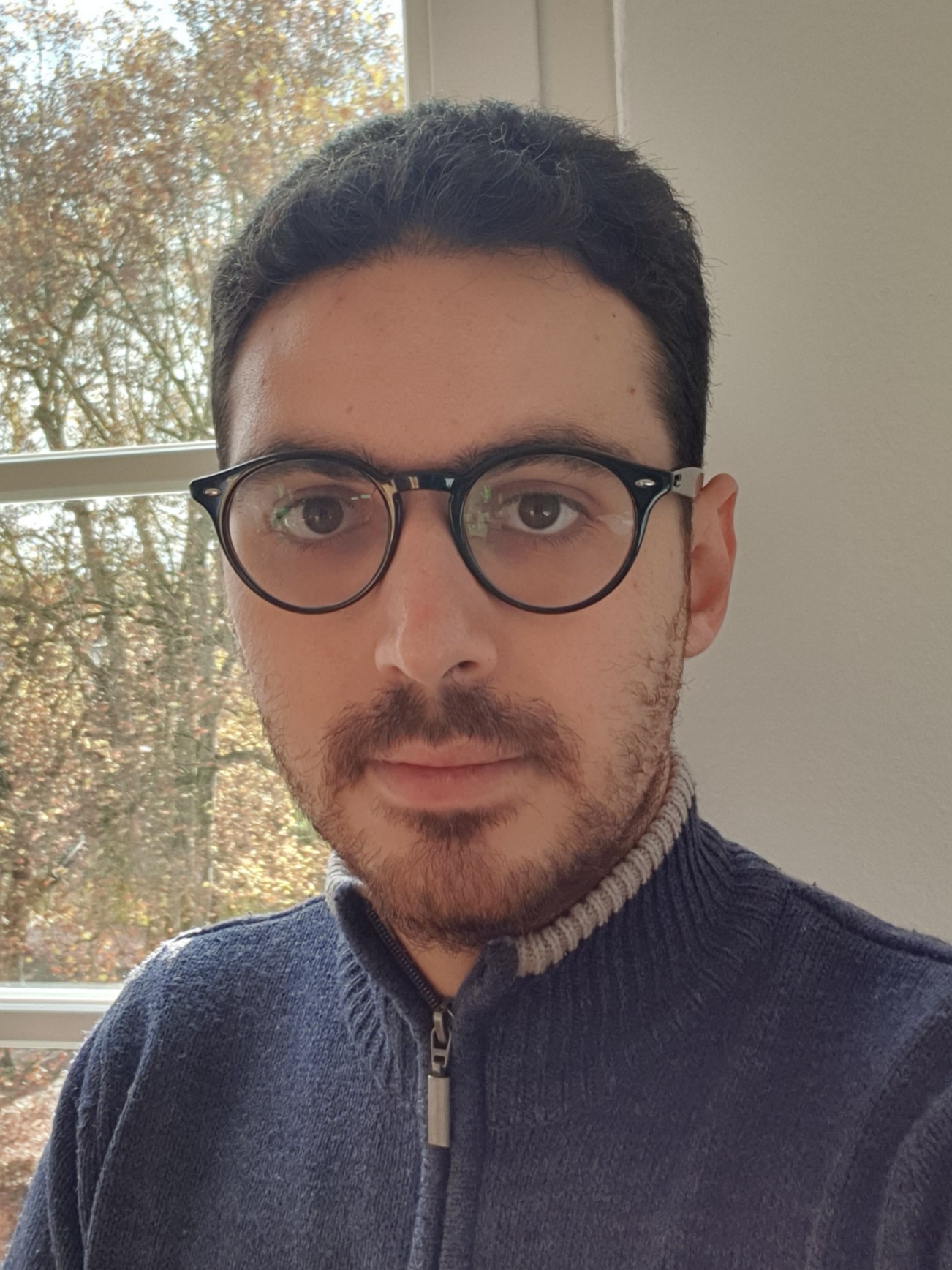 I graduated in Rome (Sapienza - Università di Roma) in 2017 with a master thesis about Non-local Boson Sampling, (advisor Prof. Fabio Sciarrino). During the period in his group I maturated skills both in experimental and theoretical quantum optics. Later I chose the way of theoretical physics, starting my PhD course at Università degli Studi di Palermo under the supervision of Francesco Ciccarello and G. Massimo Palma. My current research activity is focused on open quantum system dynamics, collision models and theory of quantum trajectories, with a more focused look at photon-counting statistics and Large Deviation theory. In 2018 I started a collaboration with the theoretical physics group of Prof. Igor Lesanovsky, joining his group in 2019 as visitor at University of Nottingham (United Kingdom) and at Eberhard Karls Universität Tübingen (Germany) (2020). 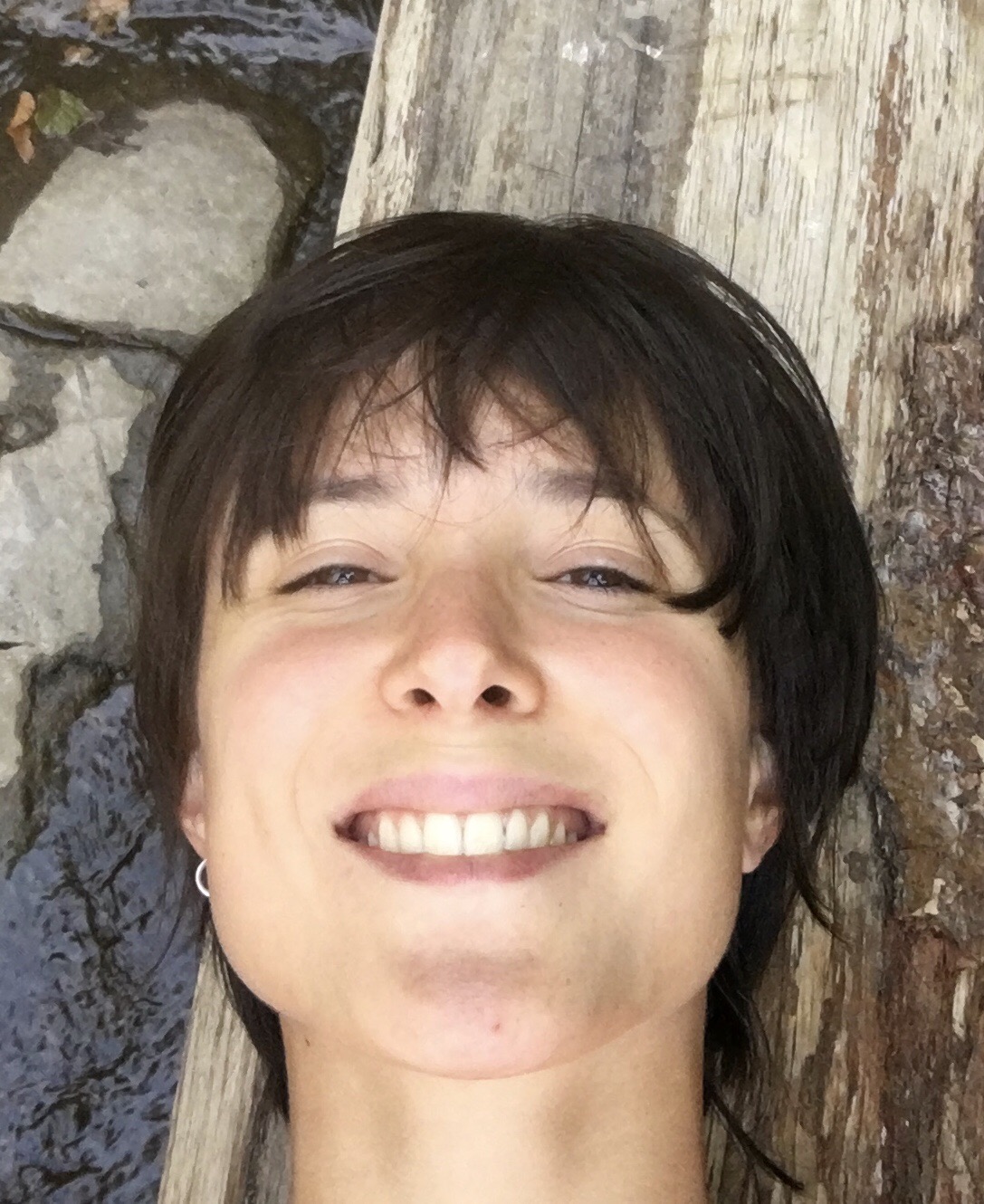 Maja Colautti is a PostDoctoral Researcher at the National Research Council (CNR-Ino) and European Laboratory for Non-Linear Spectroscopy. She received her master degree in Experimental Physics in 2016 at the University of Padova, Italy. In 2020 she defended her International Doctorate in Atomic and Molecular Photonics at LENS. Her research interests regard organic single-photon sources and their efficient integration in photonic structures for qauntum technology applications. My name is Alessandro Coppo, I graduated from the University of Florence (Italy) with a BS Degree in Physics on “Teleportation” and got a Master’s Degree in Physics in 2019, from the same University, with a project titled “Schwarschild Black Holes as Macroscopic Quantum Systems”. Now I am a PhD student in the Quantum Information research group in Florence. In particular I study how certain known facts about gravity can naturally emerge from the standard quantum mechanical description of composite systems. I am a very curious person and I love trying to find answers to interesting questions that daily life poses. I obtained a PhD in Theoretical Physics from the University of Turku in 2018. During my PhD, I investigated quantum information probes, modelled as impurity atoms, to detect and characterise quantum correlations, quantum phase transitions, memory effects, and non-equilibrium phenomena in ultra-cold gases. Since 2019 I am a postdoctoral researcher in the Institute of Theoretical Physics at the Ulm University. Currently, my research interests focus on quantum applications for levitated particles setups, where the lack of friction and a high degree of isolation from nearby sources of noise and decoherence makes them an ideal candidate for ultra-precise metrology. In particular, I am working on strategies to generate long-lived macroscopic quantum superpositions and entangled states and exploring the interplay between spin and phonons for application in quantum sensing and quantum information processing. Luigi studied physics at the University of Pisa where he made a thesis on superadiabatic protocols with Prof. Ennio Arimondo. He obtained his PhD in Saarbruecken under the supervision of Prof. Giovanna Morigi working on several quantum optical systems for quantum technologies. At the moment he is a postdoc in the group of Prof. Giuseppe Falci in Catania. Davide Lonigro is a PhD student in Theoretical Physics at the University of Bari. His research activity focuses on the link between the spectral and dynamical properties of quantum Hamiltonian systems, the role of boundary conditions and singular perturbations in quantum mechanics, and the emergence of bound states in the continuum in low-dimensional QED. 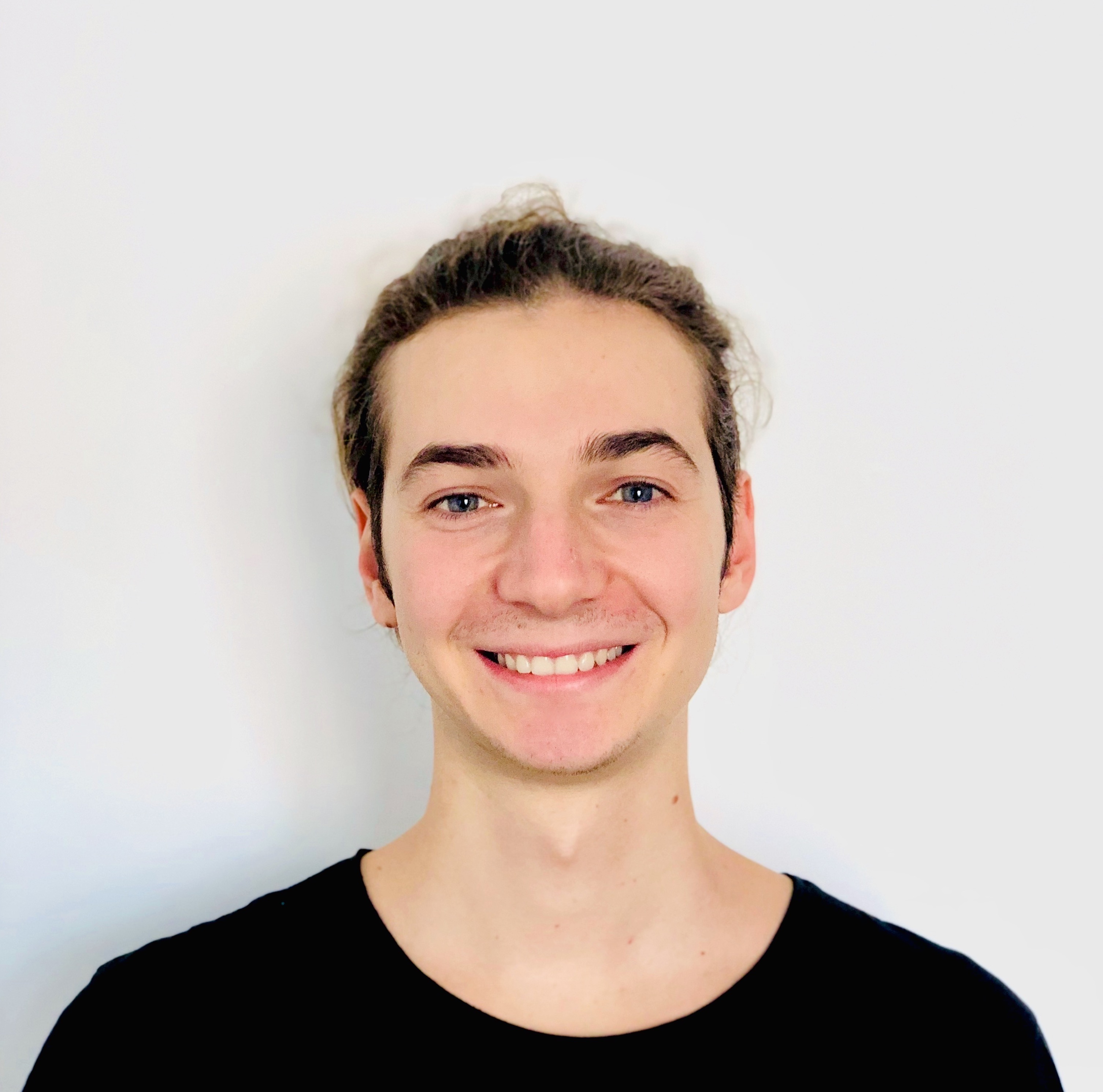 Stefano Mangini is a first-year PhD student in Quantum Computing at the University of Pavia. His work focuses on Quantum Machine Learning, a relatively new field of study aiming at using quantum computers to greatly enhance Artificial Intelligence tasks. His research interest lies in the intersection between quantum computing and theoretical computer science.

Stefano Marcantoni got a PhD in Theoretical Physics at the University of Trieste in 2018, under the supervision of Prof. Fabio Benatti. After that, he worked for a couple of years as a theoretician in the experimental group of Prof. Daniele Fausti in Trieste. Since October 2019 he is a postdoc at the University of Nottingham in the group of theoretical condensed matter, working under the supervision of Prof. Juan Garrahan. His research topics include the theory of open quantum systems, quantum thermodynamics, models for light-matter interaction and (more recently) statistical mechanics. 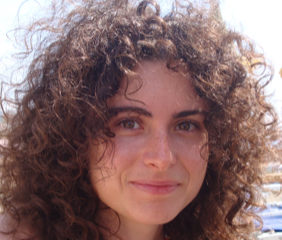 Chiara Marletto studied at Politecnico di Torino for her Master of Science and then went on to pursue a PhD at the University of Oxford. She is now a Research Fellow at Wolfson College and at the Physics Department, University of Oxford. Her research interests include Quantum Theory of Computation, Foundations of Physics, Condensed-Matter Physics and Quantum Biology. Some of her recent research has harnessed a recently proposed generalisation of the quantum theory of information - Constructor Theory — to address issues at the foundations of the theory of control and causation in physics. These include applications to defining a framework for classical, quantum and post-quantum theories of information; and to proposing a novel witness of non-classicality in hybrid quantum systems, including gravity. 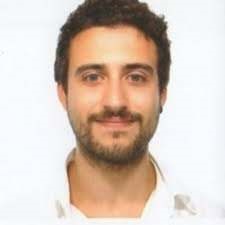 Alessandro Miano received his MSc in Electronics Engineering from University of Naples Federico II in 2017, defending a thesis in experimental physics on the characterization of Ferromagnetic Josephson Junctions for the development of superconducting memories in collaboration with the US company HYPRES. He started his research on superconducting quantum circuits during an internship in HYPRES in 2017, where he developed and patented a new superconducting device with enhanced tuning of the Josephson nonlinearities. He then started his Ph.D in Quantum Technologies at University of Naples Federico II, where he spent the first two years of his Ph.D program. Currently, for his last year of Ph.D, he is Visiting Assistant in Research at Yale University Applied Physics Department, where he is developing and characterizing the next generation of quantum limited parametric amplifiers with enhanced control of nonlinear processes. 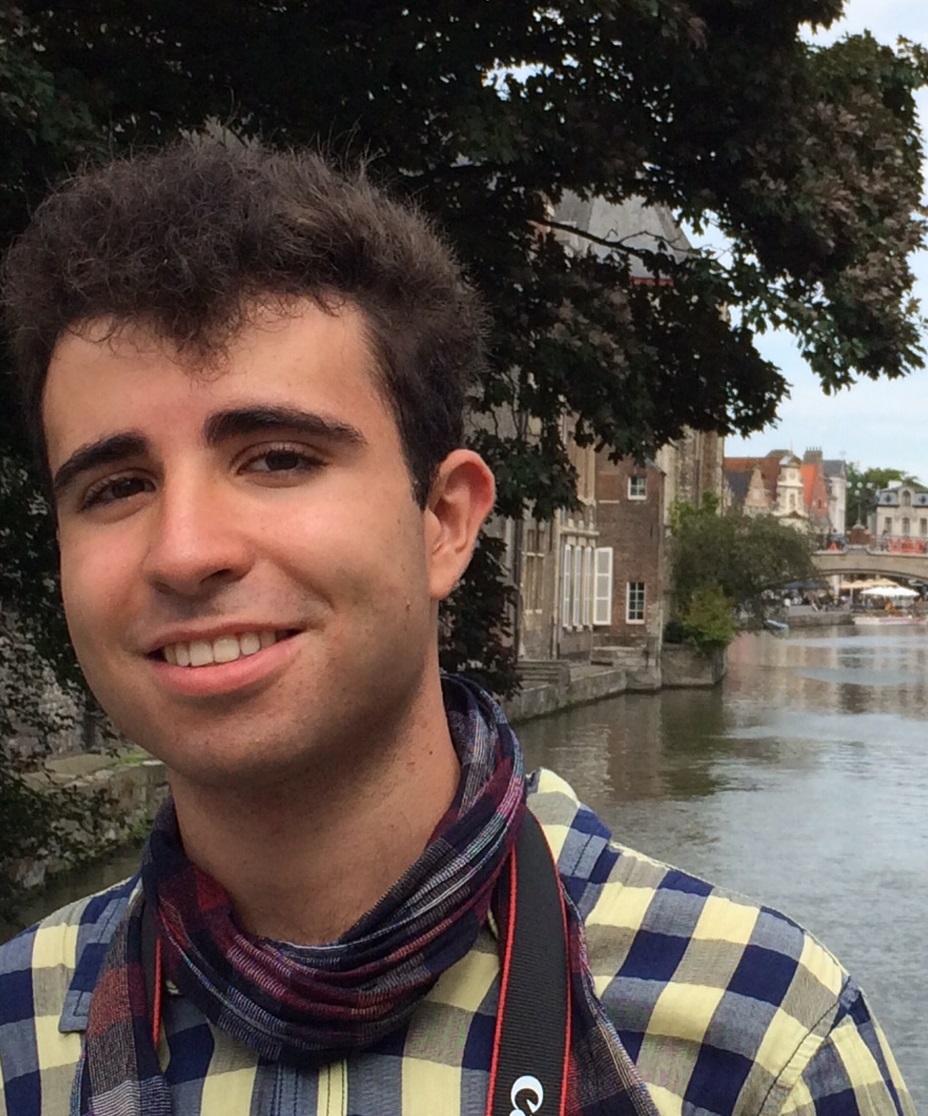 I completed my MSc in condensed matter and biological systems physics in UAM (Madrid) with a thesis directed by Francesca Marchetti about the early-time dynamics of Bose gases quenched into the strongly interacting regime. I am currently doing a PhD at the University of Trento under the supervision of Iacopo Carusotto. My research is focused on quantum topological photonics. 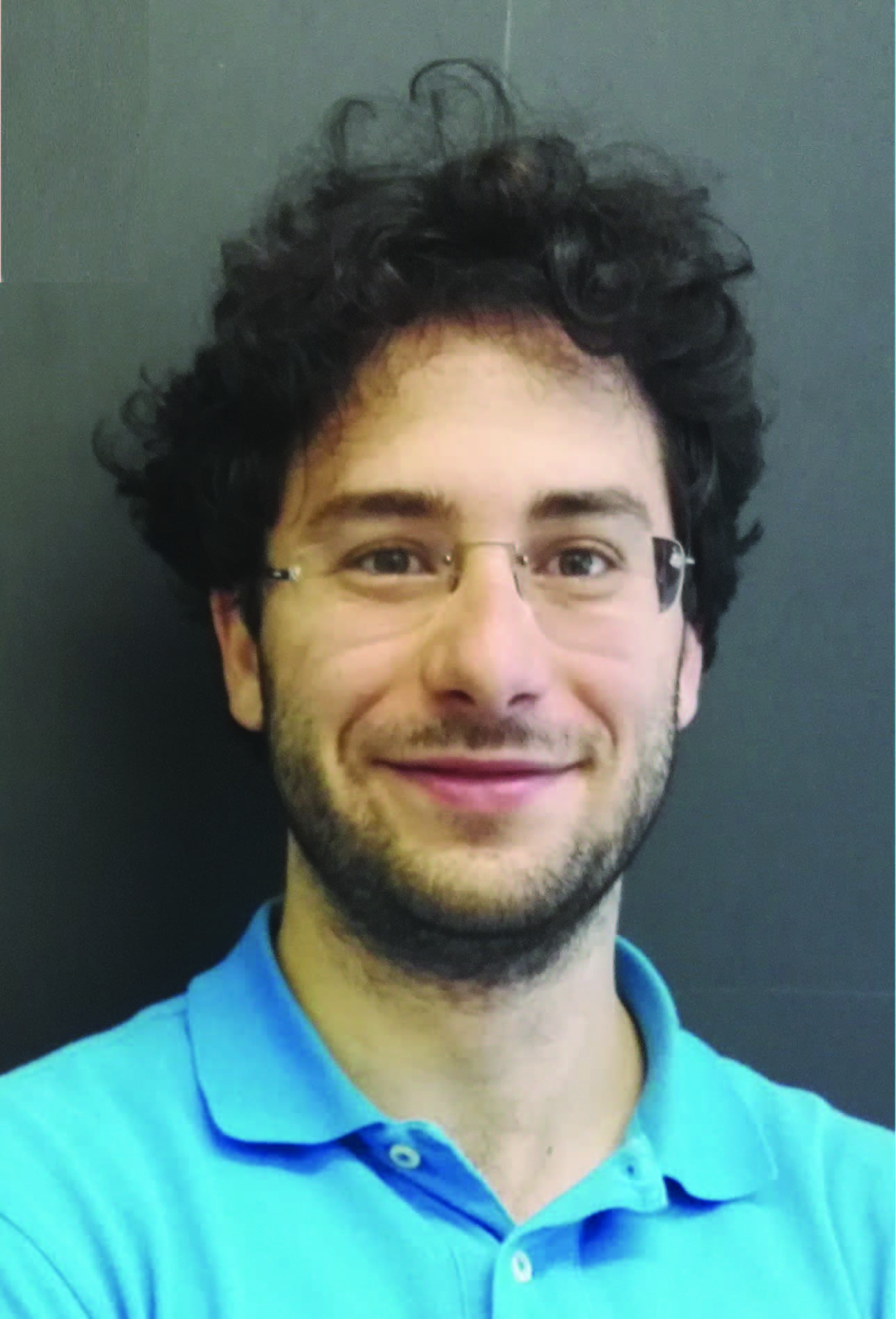 Waiting for my PhD defence at the School of Advanced Studies, University of Camerino, my interests focus on Experimental Quantum Optics, Optomechanics, and Cryogenics Techniques. 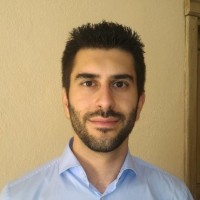 Davide Vodola obtained the PhD in Physics at the Universities of Bologna and Strasbourg with a thesis on the correlation and the dynamics of long-range fermionic systems. After, he joined the group of Quantum information and simulations directed by prof. Markus Müller at Swansea University. Currently, he is a junior assistant professor at the Department of Physics and Astronomy of Bologna University. His research activity involves the physics of interacting systems in low-dimensions and the connections of quantum many-body theory to the quantum error correction.