The second day of the 2nd International Workshop on Proton-Boron Fusion will be held at the Laboratori Nazionali del Sud (INFN). During the day a tour will be organized at INFN-LNS for participants.

The INFN is an important research center, well established in the international scientific community. The LNS activities are mainly concerned with the fundamental research in the field of Nuclear Physics, Nuclear Astrophysics, and Particle Astrophysics, but also of Applied Research, such as Accelerator Physics, Plasma Physics, Nuclear Physics applied to Medicine, to Biology and Cultural Heritage, radiation monitoring, irradiation of components for aerospace industry.

At the LNS two particle accelerators, a Superconducting Cyclotron and a Tandem, provide ion beams from Hydrogen to Lead with energies up to tens of MeV per nucleon. It is also possible to produce radioactive ion beams applying the in-flight fragmentation method. Nuclear matter properties are studied by using big detector apparata (CHIMERA, MAGNEX, MEDEA) and dedicated apparata that can be installed in one of the available experimental halls. Theoretical Physics studies are also carried out in the same research fields.

For Particle Astrophysics a large undersea research infrastructure (KM3NeT) is currently under construction for the detection of neutrinos. It is located in a branch of the LNS located in Portopalo di Capo Passero, and is used also for interdisciplinary research (Geophysics, Volcanology, Marine Biology).

At the LNS an irradiation hall for proton-therapy (CATANA), a laboratory for Cultural Heritage  (LANDIS), a laboratory for measurements of environment radioactivity, and other laboratories for interdisciplinary activities (photonics, biology, chemistry) are fully operating. 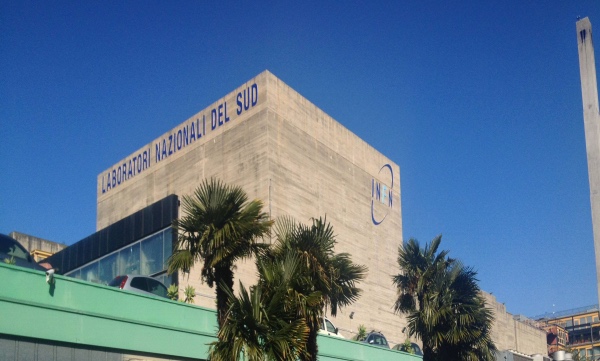 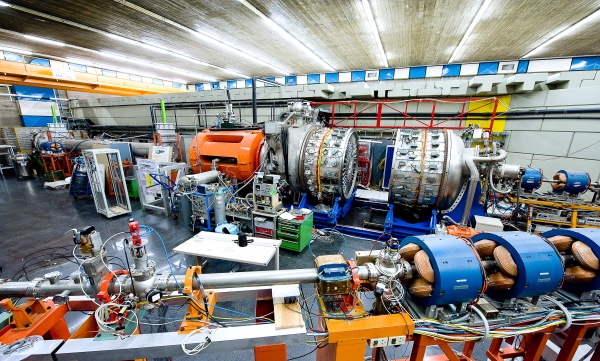 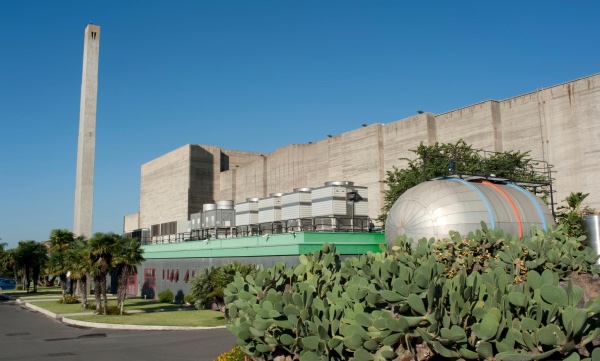 A guided tour will be arranged for workshop participants in Catania center in the evening. The tour price is included in the registration fee.
The second-largest city in Sicily, Catania, is a vibrant place. Located between Messina and Siracusa, it boasts an important university, active nightlife, and a bustling city center.

Founded in the 8th century BC by the Greeks, it was taken over by the Romans, whose presence can be still seen in the ruins that abound, particularly the Roman Amphitheater in Piazza Stesicoro. Catania flourished during the Renaissance and was the site of the first university in Sicily. Unfortunately, it suffered serious damage during the eruption of Mt Etna in 1693 and was rebuilt with Baroque flair while enlarging the piazzas and adding wide boulevards, giving the historic center a unique look. Another unusual feature is that many buildings are built out of lava rock!

The hub of the city is Piazza Duomo, where the highlight is, of course, the Duomo itself. The cathedral is dedicated to St. Agatha, was constructed over top of the ancient Roman baths using materials scavenged from the Roman amphitheater. There are ornate chapels and lovely frescoes, and three Bourbon rulers are buried here - Frederick II, Louis, and Frederick III. The famous opera composer, Vincenzo Bellini, a Catania native, is also laid to rest in the cathedral. 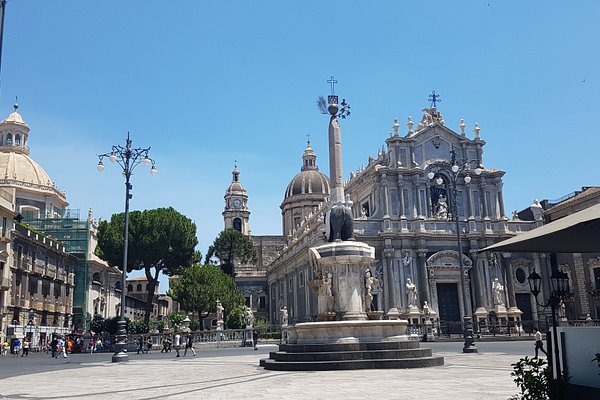 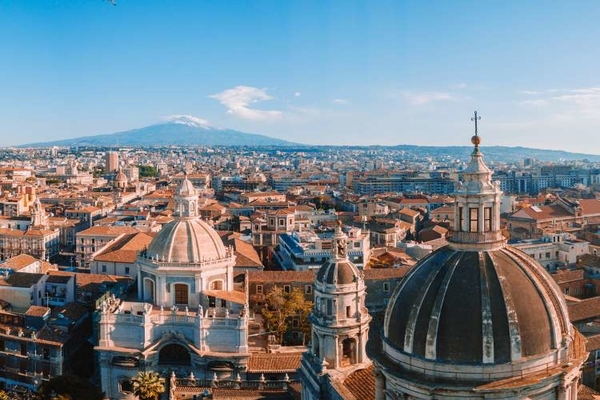 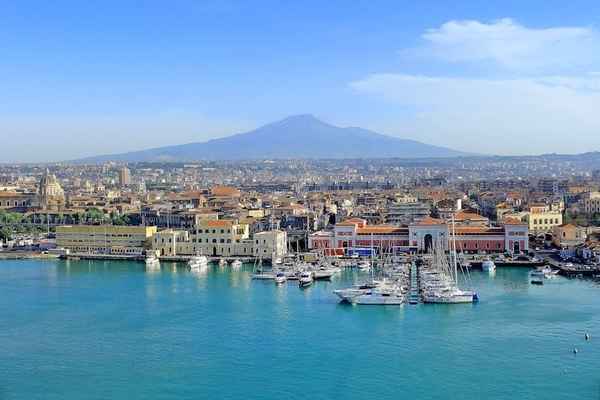